New Delhi:
Naxal activities continue to be a matter of concern with 35 districts in seven states being badly-hit, according to the annual report of the Home Ministry for 2015-16. “Left Wing Extremism (LWE) remains an area of concern for internal security of the country,” the report submitted to Parliament said. While 106 districts in 10 states are affected by Maoist activities in varying degrees, 35 districts in seven states are the most affected. “CPI (Maoist) continues to be the most potent among the various LWE outfits in the country and accounts for more than 80 per cent of total LWE violence incidents and resultant deaths,” the report said.
in via di traduzione

Maoists out of slumber, call for vote boycott in Bengal
After remaining largely silent since Kishenji’s death four and a half years ago, Maoists woke up from
their slumber to call for a poll boycott. Maoist Bengal state secretary issued a statement accusing the Mamata Banerjee government of unleashing a reign of terror in Jangalmahal. Parts of Jangalmahal (Maoists affected areas of West Midnapore, Bankura and Purlia districts) is expected to go for polls on the first phase on April 4. Taking a dig at Left-Cong alliance the statement stated that the ‘social fascist’ CPI(M)’s alliance with ‘fundamental enemy’ Congress has ‘thoroughly exposed’ the CPI(M). It also cautioned that the ‘communal fascist’ BJP was trying to fuel communal tension in Bengal. Incidentally, the statement was circulated a day before chief minister Mamata Banerjee’s scheduled rally in Lalgarh, West Midnapore which was the epicenter of ultra left activities in Bengal.
“People had established a system for their real liberation – though temporarily –through the Lalgarh movement. But Mamata Banerjee has cleverly taken away from the people, rights over economy and resources that the people had achieved through years of struggle,” CPI(Maoist) state secretary Akash wrote in a statement dated March 10. Mamata Banerjee’s model of development, by showering public infrastructure projects and providing various types of grants, would not solve the real issues suffered by the people, the Maoists claimed. The two-page statement reached HT on Thursday.
Maoists said the Mamata Banerjee government has ‘perfectly’ implemented the Low Intensity Conflict policy of the Centre to deal with the Maoists. “Why are there hundreds of policemen in Jangalmahal if peace has indeed been restored, as the chief minister has claimed? Jangalmahal, instead, have been turned into a cantonment of security forces,” Akash wrote in the statement. Maoists claimed that Mamata Banerjee came to power piggy-riding the wave of popular mass movements in Singur, Nandigram and Lalgarh and with help of raising slogans on popular issues demanding withdrawal of security forces, punishment for police officers accused of torturing people and release of political prisoners.

“She, however, gave a summersault after coming to power and implemented the policies of the Buddhadeb Bhattacharjee government with even more intensity,” the Maoists statement alleged. Among the ‘failures’ of Mamata Banerjee government, Maoists mentioned the failure in returning land to Singur’s unwilling landlosers and poor price for agriculture produces. The statement also alleged that landlords in West Midnapore’s Belpahari, Banspahari, Chakadoba and Laljal areas have taken back land those the landless had taken possession of through years of struggle. While admitting that their movement in Jangalmahal has suffered a ‘temporary setback,’ Maoists claimed the Lalgarh movement continues to inspire as a ‘popular model’ for mass movement.
Pubblicato da maoist a 08:51 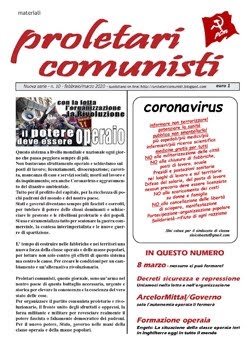